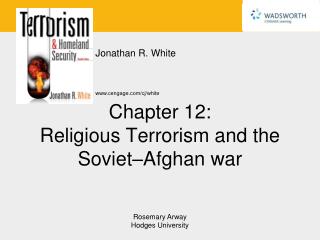 Chapter 12: Religious Terrorism and the Soviet–Afghan war. Afghan War. Afghan Mujahedeen with Saudi Arabia fought the Soviet Union in Afghanistan in 1979. The United States in those days were ready to support any form of Islam against the Soviet Union.