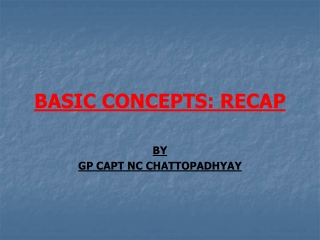 Section 1 - Basic Probability Concepts - . disclaimer. this is just a quick overview; not everything stat 414 does a

Basic Concepts of Democracy - . foundations. democracy exists in america because the american people believe in its basic

Basic concepts - . what is a payment system? a system for transferring value between persons so as to complete exchange