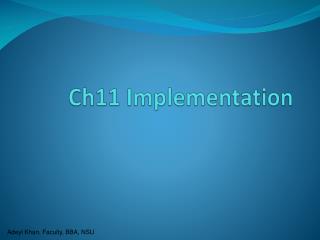 CH11 Cell Communication - . vocabulary directions: mark each term to indicate if you know it, are unsure, or don’t.

CH11: Maintaining the System - . maintenance process can be difficult * the changing system * the nature of maintenance *