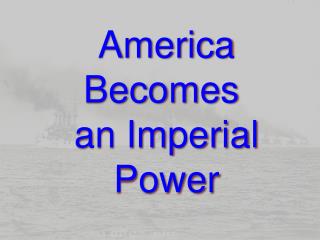 America Becomes a Colonial Power - . causes what is imperialism? when stronger nations extend their control over weaker