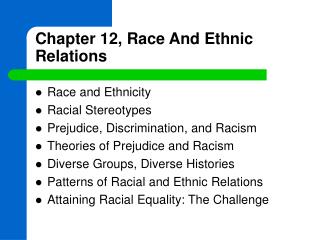 Chapter 8 Racial – Ethnic Relations - . the problem in sociological perspective. prejudice is an attitude.

Race, Racism , Race Relations and Sport - . the end of racism. racism is not the main problem facing blacks! destructive