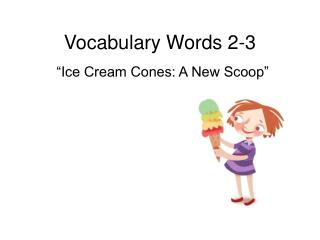 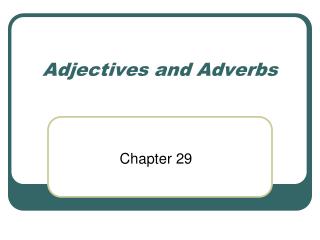 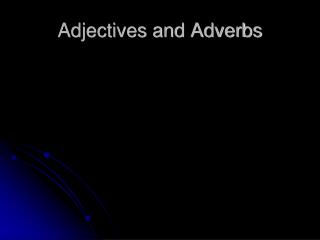 Adjectives and Adverbs. A word that describes a noun or pronoun. It adds meaning to the sentence, but it is not necessary. Therefore, you can take it out and the sentence will still be correct. Adjectives are usually in front of the words they modify. 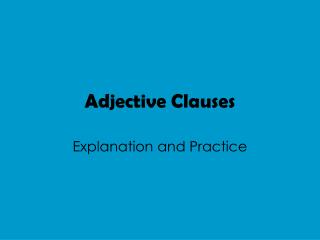 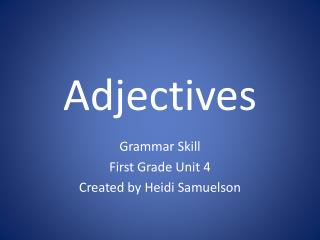 Adjectives. Grammar Skill First Grade Unit 4 Created by Heidi Samuelson. An Adjective tells about. a person. a place. an animal. a thing. An Adjective answers the question “What kind?”. The small boy is walking . This is a big farm. The brown cow was on the farm. 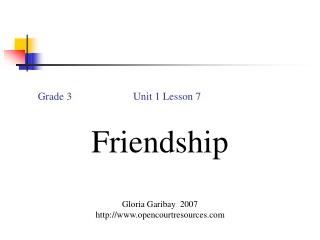 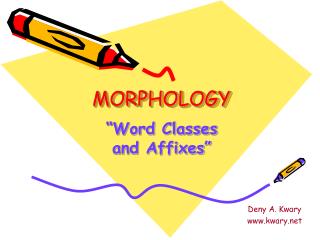 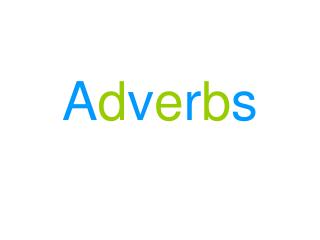 A d v e r b s. Adverb Song. An adverb is a word … (That’s all it’s, and there’s a lot of them) That modifies a verb… (Sometimes a verb! Sometimes…) It modifies an adjective, or else another adverb. And so you can see that it’s positively, very, very, necessary. 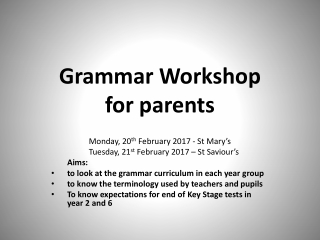 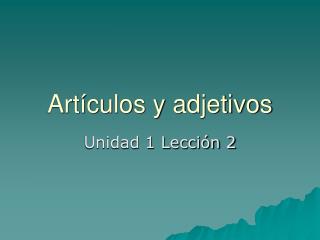 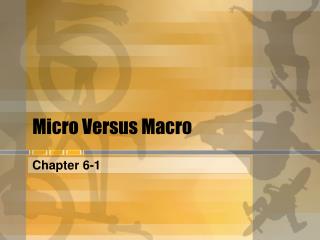 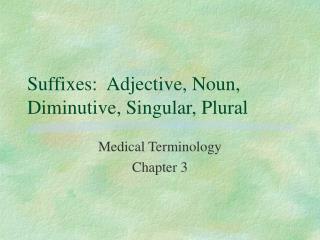 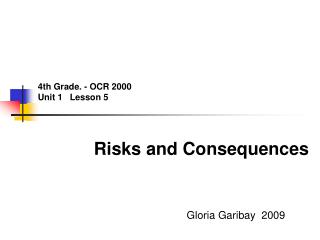 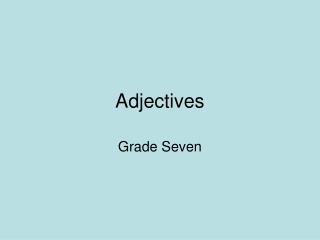 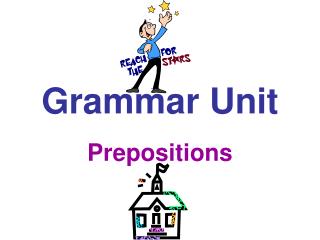 Grammar Unit. Prepositions. Let’s Review . . . The preposition is the sixth of the eight parts of speech. Just for the record, here are all eight: Noun Pronoun Adjective Verb Adverb Preposition Conjunction Interjection. First, let's start with a basic definition: . 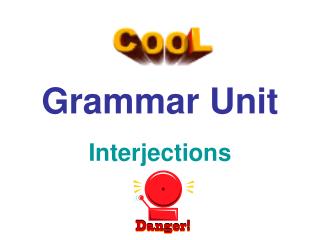 Grammar Unit. Interjections. Let’s Review . . . The interjection is the last of the eight parts of speech. Just for the record, here are all eight: Noun Pronoun Adjective Verb Adverb Preposition Conjunction Interjection. First, let's start with a basic definition: . 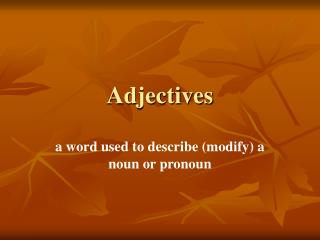 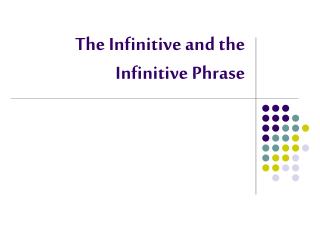 The Infinitive and the Infinitive Phrase. What is an Infinitive?. An infinitive looks like a verb because it begins with “ TO ”, but it behaves as a noun (subject, direct object, predicate nominative), adjective, or adverb. Role #1 Infinitive = Noun. To leave now would be rude. 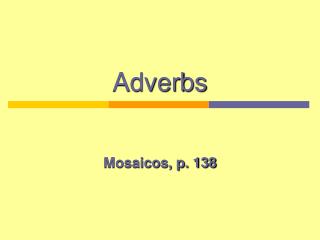 Adverbs. Mosaicos, p. 138. Adverbs ≠ Adjectives. Adjectives give information about a noun and they agree in gender and number with the noun they modify. example: Las mes as son roj as (The tables are big) 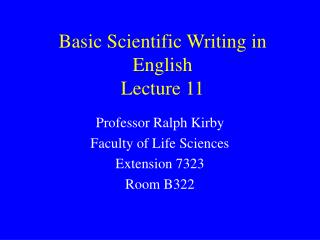