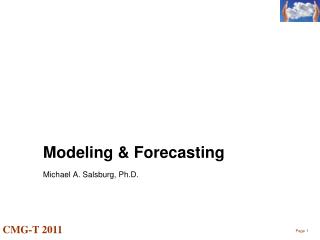 Causal Forecasting - . by gordon lloyd. what will be covered?. what is forecasting? methods of forecasting what is causal