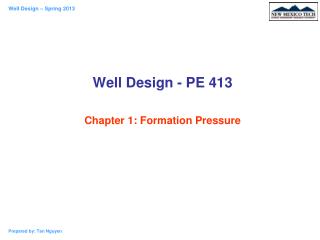 Chapter 2 FLUID STATICS - . the science of fluid statics : the study of pressure and its variation throughout a fluid the

Chapter 17 Object-Oriented Design - . chapter goals. to learn about the software life cycle to learn how to discover new

Chapter 5 Memory Hierarchy Design - . introduction. the necessity of memory-hierarchy in a computer system design is