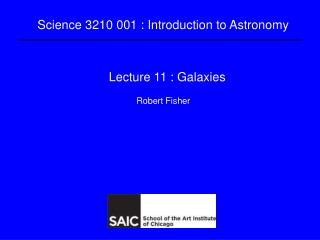 Lecture 11 : Galaxies. Robert Fisher. Items. Nathan Hearn guest lecture on dark matter on April 20th. Lunch in the loop (on me) with Nathan following the lecture at Frontera Fresco for anyone who wants to join us.

Time Line of the Everything - . the focus of this time line is us! these numbers are the best estimate we have based on

Spiral Galaxies Similar to the Milky Way - . edge view. view from above. the milky way. the sun is located on the orion

PHY 102 – Atoms to Galaxies - . phy 102 – atoms to galaxies. our early human ancestors most certainly looked at the

Active Galaxies and Quasars - . many galaxies have powerful energy sources in their nuclei that, in some cases, produce

The Milky Way Galaxy and the Formation of Spiral Galaxies - . prof. ata sarajedini university of florida department of