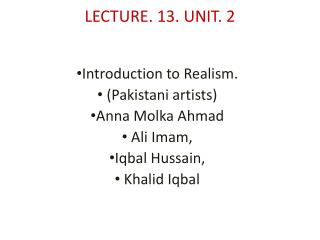 Week 13 unit 2 - . monday april 21 st je #9 when something bad happens that involves you, how do you know whether or not

Unit 2 Lecture 16 Slope - . slope. objectives. given two points, calculate the slope of the line through those two points