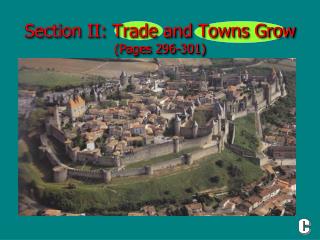 This section is about: How trade revived as a result of agricultural improvements and the growth of trade fairs. How trade contributed to the growth of towns, and how it was adversely affected by the Black Death. Cultural achievements of this period.

Ch. 22 Section 2 - . labor unions. in a complete sentence, write a statement describing each of the following (do not

Stages of Urban Growth - . stage of export specialization : the local economy is centered on one principal