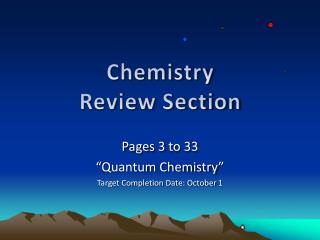 Week 33 Chemistry - . gas laws. write the learning target. warm up: 4 minutes. stay in your own seat. you should be

Quantum Chemistry - . describes the placement of the electrons in an atom by using the four quantum numbers: n or energy