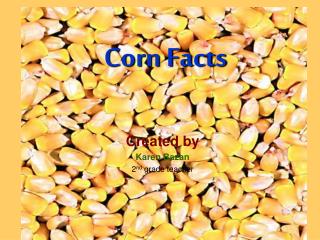 I. relational theories (Platonic theories) - Knowledge has a foundation there are basic objects and facts objects: the

Ecological Intensification of Irrigated Corn and Soybean Systems - . a project supported by: university of nebraska