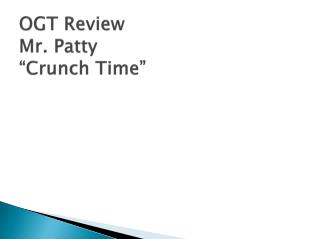 CS363 - Week 15 - wednesday. cs363. last time. what did we talk about last time? finished ethics reviewed some of the

Shocks and Hurricanes: From Credit Crunch to the Olympics - What are the economic prospects for tourism 2008 onwards?