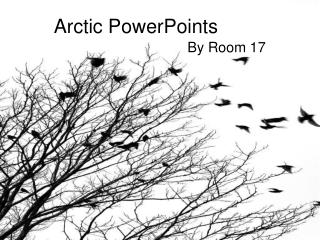 Arctic PowerPoints. By Room 17. It is an Inuksuk Quviasuictag. It means joyful or I’ve been here. You might find them in the valley way up in the arctic. Inuksuk Quviasuktug is 2 words. One is Inuksuk the other one is Quviasuktug. . Matthew’s Inuksuk. Polar Bears . PowerPoints - . the good, the bad, and the ugly. how to avoid boring us all to death. boring, generic title that is

SDB Powerpoints - . is proud to present in conjunction with the department of homeland security, and the transportation

SDB Powerpoints - . present. safety at railroad crossings. this presentation is to show you some statistics on railroad

RADICAL POWERPOINTS: - . this is totally one of them. written &amp; presented by joe st. germain. oh, shit!. did you

PowerPoints and SmartBoards - . what can i do and how?. new powerpoint. microsoft button new save as print. new slide.

Taming Monster Powerpoints - . what is a “monster” powerpoint?. a presentation so big it takes significant time to