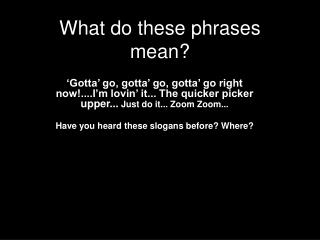 Tree Diagrams / Labelling Phrases - . example with brackets. how would you divide this sentence into phrases? the

Pink Dolch Book Sight Phrases - . from home. i will go. the little children. will look. you are. all night. her father.

Passage Two CARGO DAMAGE AND LOSS - . review what we have leant last period. interpret the words and phrases 理货作业