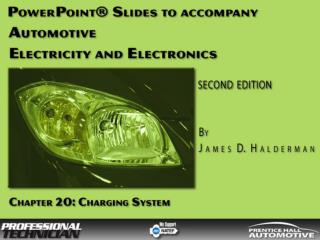 OBJECTIVES. After studying Chapter 20, the reader should be able to: Prepare for ASE Electrical/Electronic Systems (A6) certification test content area “D” (Charging System Diagnosis and Repair). List the parts of a typical generator (alternator). Describe how a generator works.