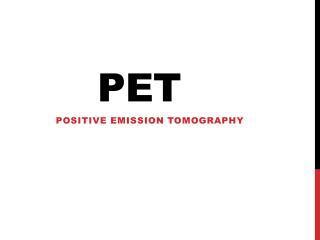 PET . Positive Emission Tomography . What is it? . Small amounts of radionuclides (radioactive material) are injected into the body The radionuclides produce gamma rays as the brain metabolizes them