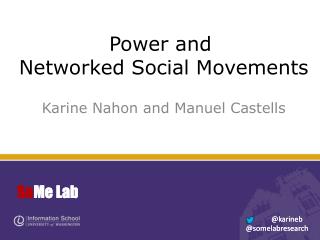 Power and Networked Social Movements. Karine Nahon and Manuel Castells. So Me Lab. @ karineb. @ somelabresearch. The goal – dynamics of power The method – eclectic