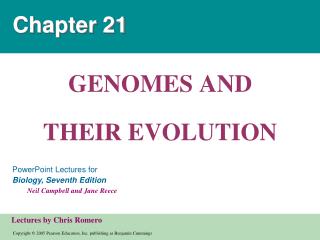 Chapter 21. GENOMES AND THEIR EVOLUTION. Overview: From Single Cell to Multicellular Organism. How does a complex multicellular organism develop from a single cell? Mutations—one way to deduce