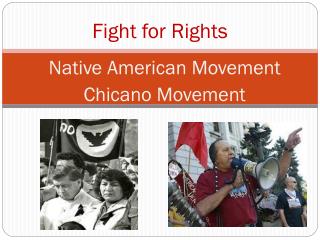 Fight for Rights. Native American Movement Chicano Movement. Questions :. Are Native Americans citizens of the U.S.? Should they have the same rights or more rights than other Americans?. Whose Land is it Anyway?. Under the Northwest Ordinance land was not suppose to be taken Tomatina 2014 - Overripe tomatoes were hurled in a massive red food fight today in the town of bunol, spain. the la

Armed Forces Medley - . the marines' hymn. from the halls of montezuma to the shores of tripoli,. we will fight our