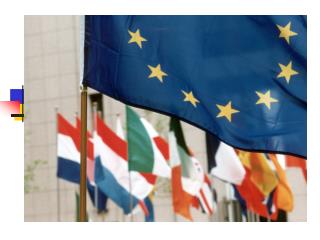 WESTERN & EASTERN EUROPEAN GOVERNMENT&POLITICS INTRODUCTION TO POLI/109 What is Europe? Europe is a continent of the eastern hemisphere between Asia and the Atlantic Ocean Regions Europe as delineated by the UN EUROPEAN COUNTRIES WESTERN EUROPE

Eastern Enlargement of the EU - . implications for agricultural policies and the agri-food sector j. swinnen

The Golden Age of Islam and the Dark Ages of Europe - . europe and the islamic world. western europe went through the