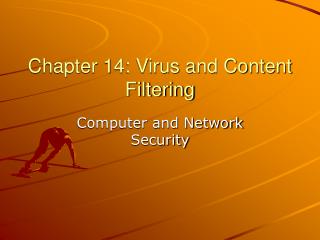 Chapter 14: Virus and Content Filtering Computer and Network Security Content filtering is a process of removing unwanted, objectionable, and harmful content before it enters the user network or the user PC.

TCS Special Program Virus, and How to Avoid Them - . fine print. my views, not necessarily those of the tulsa computer

Chapter 12 - . expression and regulation. comparative genomics ncbi cmr. gc content – low of 29% for b. burdorferi to a

HIV = Human Immunodeficiency Virus HIV is an RNA virus which contains two identical strands of (+)ssRNA in its capsid.