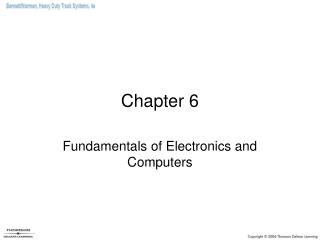 Chapter 6. Fundamentals of Electronics and Computers. Objectives (1 of 4). Outline some of the developmental history of electronics. Describe how an electrical signal can be used to transmit information. Define the term pulse width modulation.