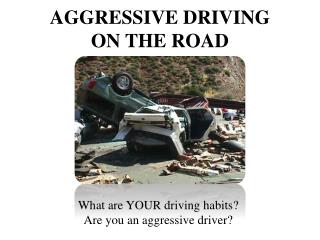 3 habits of successful people - What separates professionals from wannabes? kickstart your journey by adapting these

Habits that can transform people's lives - Change your life by transforming your habits through these positive ways.

Driver Education - . class study review . any vehicle operated by a gdl driver under 21 must display: chapter 1: 1

Texting While Driving -- Another Kind of Impairment - . texting while driving is hazardous. driving skill is measurably

Good and bad habits - . what are habits. bad habits:. obesity and physical inactivity are known from ancient times. they

DISTRACTED (TEXTING WHILE) DRIVING - . staying focused behind the wheel . what is distracted driving?. word of the year