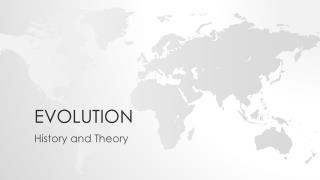 Evolution. History and Theory. Theory of evolution. Theories: explanations for facts about natural events supported by many experiments over time Evolution: change over time Theory of Evolution: modern organisms descend from ancient organisms