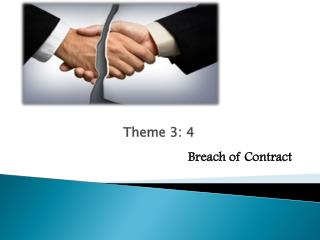 Breach of Contract in Complex Commercial Litigation: Damage Theories and Outcomes in the Winstar Matters - . presentation

Chapter 15 Contracts: Breach and Remedies - . learning objectives. what is the difference between compensatory and

Theme 4 Common Law Contract of Employment - . definition. a contract of employment is a reciprocal contract in terms of

Contract Remedies Introduction - . a contract remedy compensates a claimant for his losses. a claimants loss includes any

Hire A Skilled and Experience Breach of Contract Lawyer - As in many states, legal contracts in the state of florida,