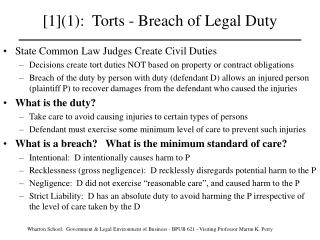 Chapter 5: Torts - . §1: basis of tort law. doing business today involves risks, both legal and financial. a tort is a

Tort - . definition a civil wrong other than breach of contract. tort law limits how people act and use their resources.