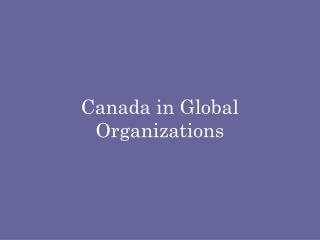 FROM MOOSEs TO MOLASSES - . oil and gas rights in canada: dealing with the crown and freeholders paul negenman, lawyer

Canada-US relations - . extraordinary range of linkages exist at all levels bulk of relationship takes place “beneath

Stuffing and Stuffed Articles An Overview of Laws and Regulations in Canada - Jurisdictions. canada (federal