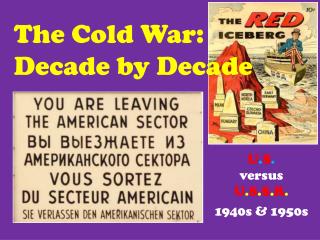 The Cold War: Decade by Decade The Cold War: Decade by Decade. U . S . versus U . S . S . R. 1940s & 1950s. What was the Cold War?. Definition: A struggle over political differences between the U.S. and the Soviet Union carried on by means short of direct military action or war How was it “fought”?

The Cold War: Decade by Decade

Meso- and Storm-Scale NWP: Scientific and Operational Challenges for the Next Decade - . comet faculty course on nwp 9

Bioelectrical Impedance Analysis (BIA) - . chapter 6. bia. in the last decade, the use of bioelectric impedance and

The end of the British Empire - . in the last decade of the victorian era, an obscure public schoolboy made a prophecy

Nursing Informatics and Evidence-based Practice - . chapter 13. strategic hit planning for the decade 2004-2014. the

Neil Armstrong - . “ i believe that this nation should commit itself to achieving the goal, before this decade is out,