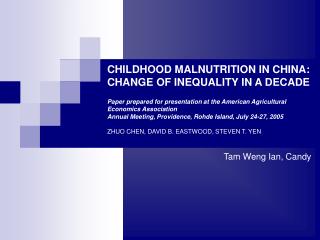 Leading in Totally Screwed Up Times Tom Peters/Fast Company 20 May 2001/Philadelphia - . “there will be more confusion

Epidemiology of childhood malnutrition in India and strategies for its control - . by dr rakesh kumar . framework.