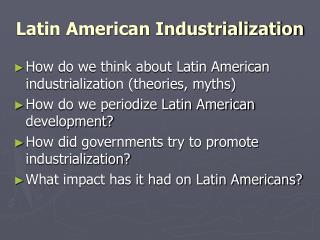 Industrialization of America - . “rags to riches” the rise of big business. transformation of america.

Early 19c Industrialization in America: The Market Revolution - . chapter 8. the 1 st industrial revolution. during the

Objectives: Examine the changes in America at the turn of the century - Do now: create a t chart showing the pros and