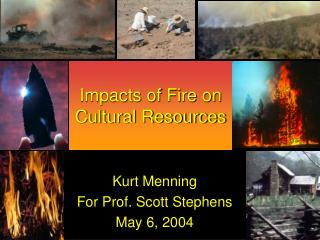 Impacts of Fire on Cultural Resources

Impacts of Fire on Cultural Resources