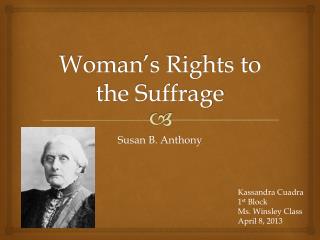 History Study Guide Alabama High School Graduation Exam - . who was the director of the seneca falls convention and a

La Llorona or &quot;The Weeping Woman&quot; - . every culture has its own version of the boogeyman, the ghostly

The Civil Rights Movement - . “eyes on the prize”. this type of humiliation sponsored early events in civil rights