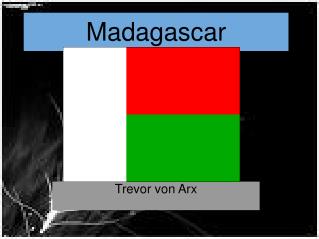 Madagascar. Trevor von Arx. Madagascar became a French colony in 1896 but regained independance in 1960. France claimed Madagascar and they spoke french.  Madagascar is and island off of Africa and its totaly surounded by water. The worlds fourth largest island.  About the size of Texas.