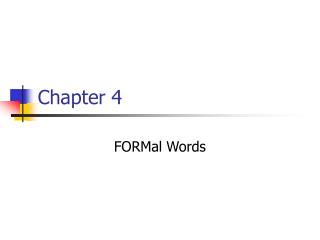 Chapter 4. FORMal Words. Chapter 4: Grammar Safari. Find a word you don’t know and can’t find in the dictionary. Identify its part of speech (form class) Tell us how you knew (form or function). Safari Example. Example: