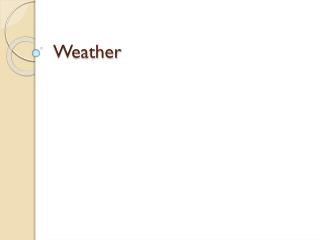 Weather. Weather or Not. Uneven heating of the Earth and the rotation of the Earth causes weather systems Local weather patterns are determined by winds carrying air masses