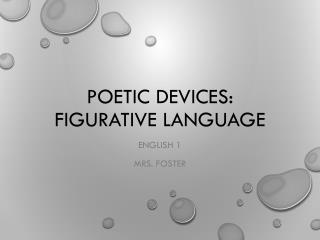 POETIC TERMS - . allusion. a reference to a historical figure, place, or event . allusion. the teams competed in a david

What devices can we design for? - . the internet is now available to a vast range of devices, both static and mobile

Chapter 10 - . supporting i/o devices. you will learn…. how to install peripheral i/o devices how to use ports and