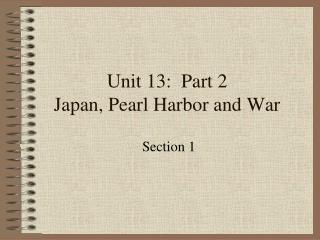 Unit 13: Part 2 Japan, Pearl Harbor and War. Section 1. Japans ambitions in the Pacific “Co-Prosperity Sphere of Influence”. With the fall of France and Britain under siege, colonies in Pacific are unprotected. July, 1941:

#Pearl Wax Reviews - We feel overwhelmed by getting tremendous pearl wax reviews from our customers. we will do just

Pearl Harbor: Yamamoto - ~japanese navy became one of the most modern and powerful in the world. ~yamamoto was to lead

The Pearl by John Steinbeck - . week 6.1 the world’s largest pearl weighs 6 tons and is worth 301 million dollars. ssr-

THE PACIFIC REALM - . (chapter 12). major geographic qualities. the largest total area of all geographic realms, but the

The Parable of the Pearl of Great Price - . matthew 13:45-46. the details of the parable. a merchant is seeking beautiful