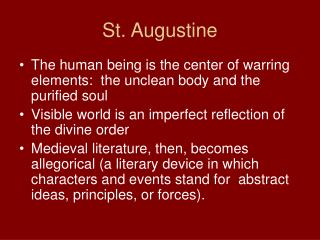 St. Augustine. The human being is the center of warring elements: the unclean body and the purified soul Visible world is an imperfect reflection of the divine order