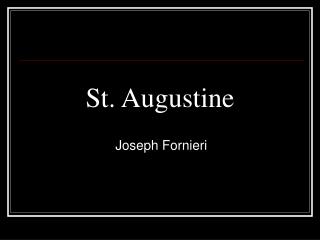 St. Augustine. Joseph Fornieri. Life and Legacy. Augustine lived from 354 A.D. to 430 A.D. Roman empire and its fall are the context of Augustine’s political thought. Christianity was viewed by many Roman intellectuals as the cause of Rome’s fall.