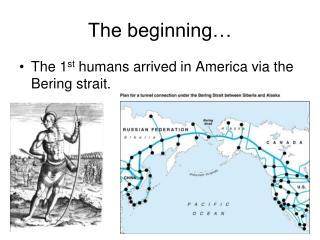 The beginning…. The 1 st humans arrived in America via the Bering strait. Far away over in Europe. Spices and goods (drugs, material, etc) from the Far East were in high demand. The price that people were willing to pay was high, however from western Europe the trip was very long.. MAP Strolling Through the Match - . the beginning of the end … or the end of the beginning. presented by owen p. phillips,

Who, why, when and how? Beginning powered mobility for young children with Cerebral Palsy - . outline. who? - which