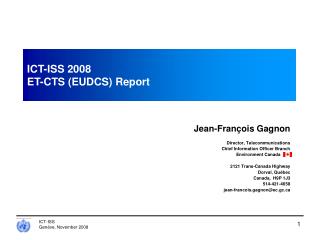 x – Statistically Significant – Non-significant - In the past three decades, in the western arctic, the area covered

Report Rough Draft Components Project 1, Fall 2008 - . the information in this ppt is intended to aid the group member