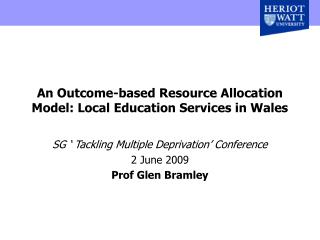 Resource Management - . chapter 12. learning goals. recognize the variety of constraints that can affect a project,

Resource Allocation in Cloud Computing - . resource allocation. how to maximize resources in order to most effectively

A Rough guide to the time allocation for the different stages of the ‘Get Up &amp; Go’ programme - . this guide

Partnership - . what to expect from this series. learn about steps required to implement outcome evaluation design a