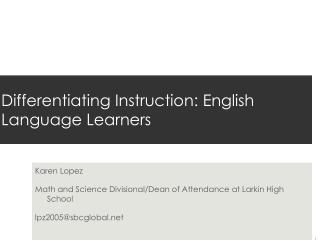 Differentiated Instruction: Meeting the Needs of ALL Learners - . rina iati lincoln intermediate unit #12. how do you