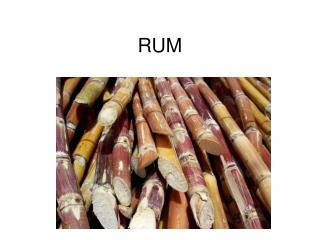 RUM. DISTILLATION. BASE INGREDIENT WATER YEAST FLAVOURINGS. Juicing ( by crushing or pressing) for fruits or other sugary bases to extract their liquid Malting Milling Mashing for grains Malting — The grain or starch is moistened and heated slightly to launch germination Mayan Fiesta Rum Cakes - Are the best cakes , we had a lot of variety in rum cakes, you can also order our rum cakes