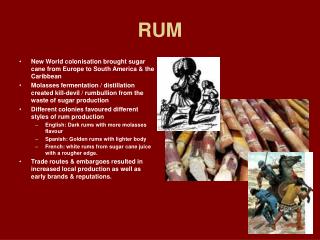 RUM - . distillation. base ingredient water yeast flavourings. juicing ( by crushing or pressing) for fruits or other

Mayan Fiesta Rum Cakes - Are the best cakes , we had a lot of variety in rum cakes, you can also order our rum cakes