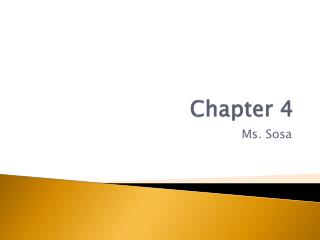 Chapter 4. Ms. Sosa. Lesson 1. 12.13.11. Poem . The Nile was unpredictable So controlling it was vital Authority was what the rulers gained When the Nile met people’s aim When the Nile brought drought or floods People thought this was caused by gods The fertile delta of the river