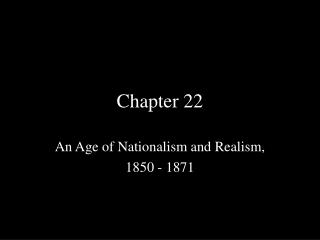 Chapter 22. An Age of Nationalism and Realism, 1850 - 1871. Timeline. The France of Napoleon III: Louis Napoleon & the 2 nd Napoleonic Empire. Louis Napoleon: Toward the Second Empire