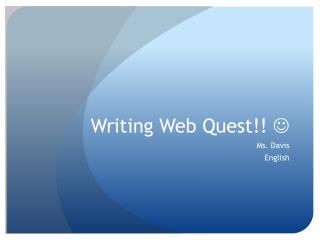 Ancestral Quest’s Synchronization with nFS - . ancestral quest relation to paf. prior to summer of 1999 paf was a dos

South America Quest - . use your textbook to answer these questions. europeans change the environment. pages 562-563.

Topic 5 - The Quest Quality System - . textbook pages 78–83. learning objectives. by the end of the topic learners will

Quest to Photograph Sunrise behind Sri Pada - . attempts since returning to lanka 27 years since i saw it in 1978